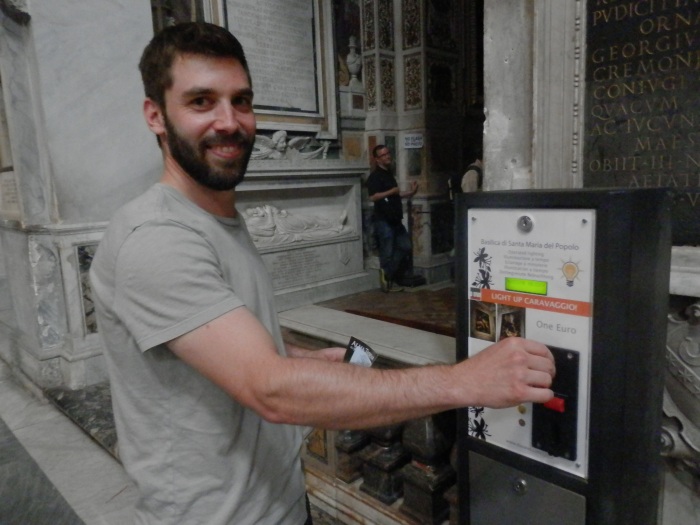 Andrew in a Caravaggio chapel in Rome, Italy.

We are excited to introduce you to the work of Andrew Leventis and welcome him back to his hometown of Charlotte, NC! Leventis, who just returned from a year of teaching in South Dakota, will join the faculty at UNC Charlotte as the new Assistant Professor of Painting this fall. He was trained as a painter at the American Academy of Art in Chicago, IL before earning an MFA at Goldsmiths College in London. The imagery in his realist paintings is pulled from stills of current films and television shows, often chosen for their references to classical compositions; this makes him a painter for pop culture nerds and art history geeks alike. Enjoy getting to know Andrew and look out for his work in Charlotte soon! 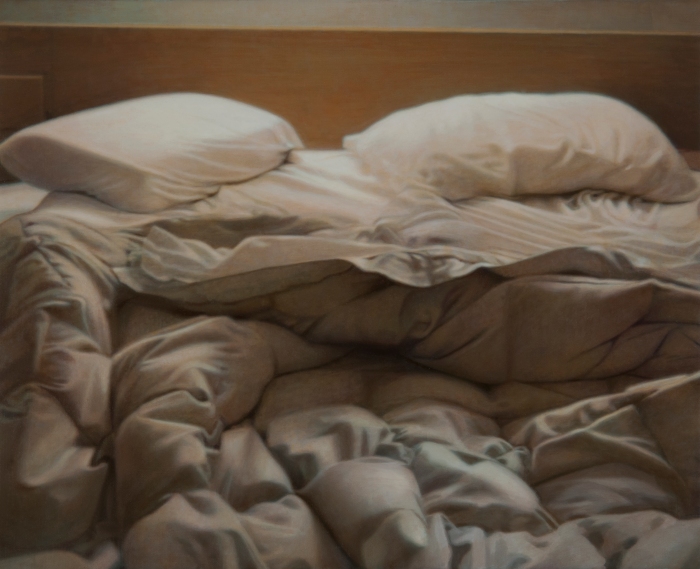 HappeningsCLT: Describe yourself in three words.

HCLT: When did you realize you were an artist?

AL: I don’t think there was ever an isolated event where I decided that I’m an artist. I think there have been several events that have been key in forming my identity and career path. One is making up my mind to move to Chicago to attend art school and another was to pursue my MFA overseas. But mainly, figuring out ways to make my career sustainable over time has made me feel more like an artist than anything. I think that for many creative people, the word “artist” conjures up the idea of very large shoes to fill, because you think of all the historical figures recognized as great artists. So it’s funny, in many ways I’m still uncomfortable with the term.

HCLT: Who or what inspires you artistically?

AL: There is a long list of things that inspire me, but several things really stand out. I love the contained precision of the Dutch still-life masters, with their texture, pattern, reflection, and detail. I also enjoy the unbridled brushwork of contemporary painter Cecily Brown. Jan van Eyck is highly influential on my painting- historians recognize him as the first-ever oil painter (along with his brothers), painting back in the 1400s. I also keep returning to Joy Episala’s photo-series of vintage television screens, with empty hotel interiors reflected in the screens. They create a real sense of isolation, as well as a compelling space for the viewer to step into.

HCLT: Tell us about your current body of work.

My current body of work incorporates imagery from suspense films and period dramas, particularly cult films that are noteworthy for their vivid Technicolor and stylistic flourishes. My recent paintings are of stills I have taken from the 1970s films Suspiria and Don’t Look Now, as well as contemporary films Melancholia and The Grand Budapest Hotel. 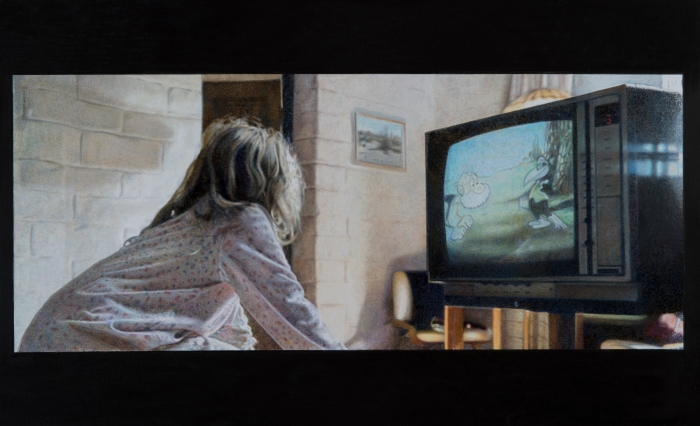 HCLT: What do you think is the most valuable art experience in the Carolinas

AL: Right now? I think that some of the most interesting work is being made by the community of artists over at the Hart-Witzen studios. Anyone in the Charlotte area should check out their open studios and public exhibitions. Also, Goodyear Arts is doing some amazing things for artists in the area through their Skyline Residency Program. It provides artists with studio spaces in vacant uptown buildings. Their exhibitions are well worth investigating. Also, the McColl Center residencies and open studies are excellent events.

HCLT: What is your number one art piece/place/event in this area?

AL: I suppose if I had to pick just one thing, my favorite painting in Charlotte is a portrait by Kehinde Wiley called Philip the Fair, which is housed in the Mint Museum uptown.

HCLT: What book is on your nightstand right now?

AL: It’s The Queer Art of Failure by Jack Halberstam- I’d highly recommend it to everyone- it’s brilliant, witty, and full of “aha” moments.

AL: It’s clearly tapas at Baku or the Lobster King Roll at New Zealand Café. But I can’t say which is the better of the two!

HCLT: Where can we see your work?

AL: It’s hard to see my work at any local Charlotte venues, since I just moved back from a teaching position in South Dakota. Everything is in a state of transition for me at the moment! But I imagine I will have some work up at UNCC for group exhibitions in the future. Farther afield, this August I will have artwork in a juried exhibition at Axis Gallery in Sacramento. Please visit my website www.andrewleventispainting.com to receive updates on upcoming events and to see my work.

HCLT: What is up next?

AL: In the Fall I am starting a position at UNC Charlotte as an Assistant Professor of Painting, which I am excited about. Charlotte is my hometown and I feel very connected to the art scene here. So I am happy to contribute to it through teaching.