We love artists’ brains. After all, their unique way of seeing the world is what makes them artists, right? The Metropolitan Museum of Art must love artists’ brains too. Their program, The Artist Project, is an online series in which they give artists like Teresita Fernandez, Willie Cole, Glenn Ligon, Robert Polidori, Kerry James Marshall, and Mariko Mori the opportunity to respond to works in the Met’s collection. 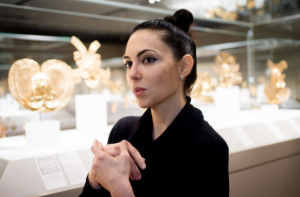 The project began in March of 2015, and so far Series 1 (of 5) has been released, featuring 20 artists and their personal meditations on objects from the collection that inspire them. Eighty more artists will be featured in the coming year so be sure to check the site often. 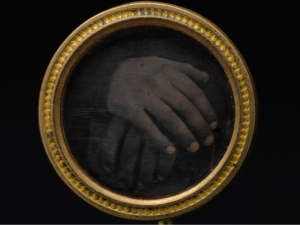 There are so many good videos, it’s hard to narrow it down, but check out Robert Longo on Jackson Pollock’s Autumn Rhythm 30, Sarah Sze on the Tomb of Perneb, and Hank Willis Thomas on a daguerreotype button.

Sarah Sze in the Tomb of Perneb